Barenbrug USA acquires Oregon Seed Enhancement, a high-output seed coating facility located down the road from Barenbrug USA’s headquarters in Tangent, Oregon. This purchase will continue the substantial investments by the company to enhance its supply chain with the overall goal to meet market realization of the value-creation of seed enhancement technology in both forage and turf.

Barenbrug USA has been an innovative and market leader in seed coating since the launch of Yellow Jacket Enhanced Seed Technology in 2006, chief executive officer James Schneider says.

“We are excited about the ability to become more vertically integrated which will allow us to more proactively invest in future innovations in seed coating technology. This investment will create future value for our distributors as well as the end-users.” 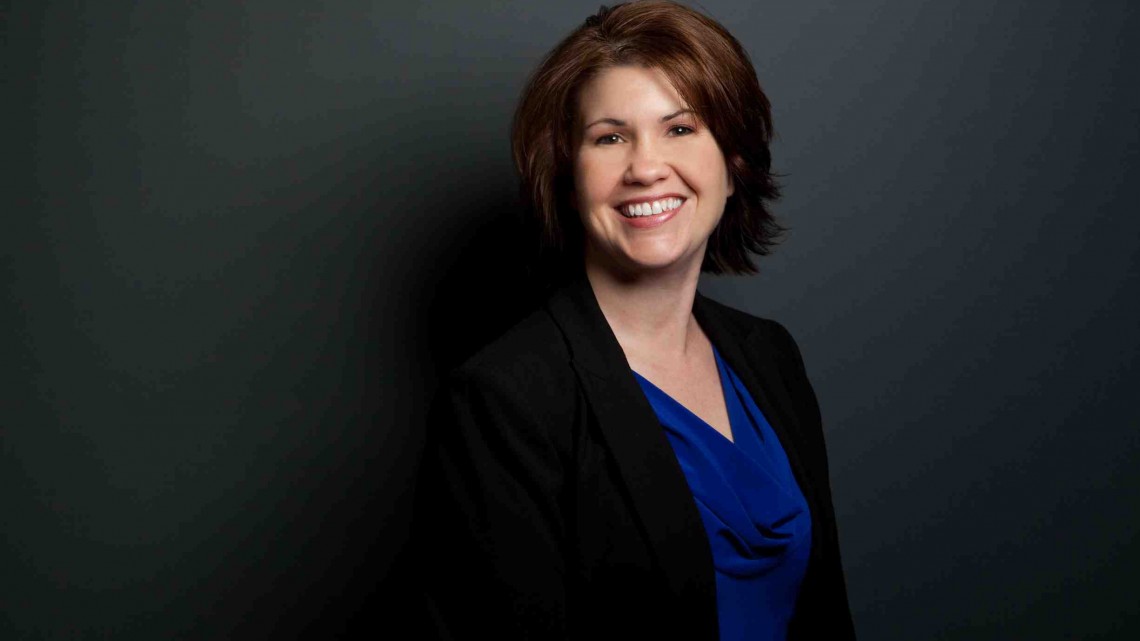 WILSONVILLE, Ore. — The Oregon Seed Association announced that executive director Angie Blacker has been appointed to the board of the American Seed Trade Association (ASTA). OSA is a nonprofit agricultural trade association representing the interests of Oregon’s world-renowned seed industry.

Blacker has worked with OSA since 2011 and served as its executive director since 2013. In addition to her duties with OSA, she will now serve on ASTA’s board of directors, one of the oldest trade organizations in the U.S.

Blacker’s experience managing OSA includes coordinating all board and member meetings, overseeing legislative activities and updates to the board, as well as organizing OSA’s annual winter and summer conventions. Her knowledge and involvement running events, fortifying sponsorships and securing nationally-recognized speakers will be an asset to ASTA’s board and its members.

“We are excited to welcome Angie to the team. She has done an outstanding job with OSA, and I know her involvement with ASTA’s Board will be a great asset to the organization,” said Risa DeMasi, ASTA chair. “Her strong experience and passion for the industry, as well as her work at Pac/West Communications, will no doubt provide a valuable perspective. I look forward to having her at the table.”

Blacker, an account manager at Pac/West, serves other clients such as the Willamette Valley Specialty Seed Association, Oregon Building Trades Council, B.U.L.L. Session and others. She has more than 20 years of experience in project management, event planning, human resources and office administration. Blacker works on government affairs, public relations and business development projects at Pac/West.

Field burning has kicked off early in Oregon’s Willamette Valley, as hot weather and drought conditions lead to an early grass seed harvest.

A test fire was conducted in the Silverton area Tuesday, with open field burning expected to follow.

Grass seed is big business in Oregon, especially in the Willamette Valley counties of Linn, Benton and Marion.

Farmers burn fields to clear weeds and fight pests and erosion without chemical pesticides and herbicides.

But the plumes of smoke can enter communities, causing health problems and even traffic accidents.

As many as 200,000 acres per year were burned in the early 1980s, drawing thousands of complaints each year. Then, in August 1988, smoke caused low visibility on Interstate 5 near Albany, causing a massive pileup that killed seven people and injured 38.

In 1991, the Legislature established a phased-in cap on field burning of 40,000 acres per year.

And in 2009, lawmakers banned it entirely, except for a small area in Marion County, mostly near Silverton, where steep terrain and certain types of seed make alternatives difficult.

In the five years since, the industry has seen increased disease and pest problems, Beyer said.

“We predicted that and it’s coming true. The biggest one right now we’re facing is slugs,” he said. “We’re talking tens of millions of dollars of crop loss and treatment loss.”

Complaints, however, have fallen, from 3,783 in 1988 to just 76 last year, according to the Oregon Department of Agriculture, which regulates field burning.

The state only allows burning when conditions promise to lift smoke up and away from populated areas, said John Byers, the ODA program manager who oversees field burning.

And the State Fire Marshal bans field burning when two of three conditions exist: Temperature over 95 degrees, humidity of 30 percent or less, or winds of 15 miles per hour or greater, Byers said.

“We go to such lengths to monitor the weather,” he said. “If we issue a permit for a burn, they have one hour in which to light it.”

Last year, 12,304 acres were burned, and ODA estimates communities were impacted by smoke for a total of 30 hours.

Read the original article on the Statesman Journal here.

Courtesy of Ron Cooper – A combine empties an full bin of orchard grass seed into a truck during harvest on the Alan McKee farm in Polk County, Ore. The unusual perspective was taken by Salem photographer Ron Cooper using a photo drone camera piloted by Devin Fadenrecht.

Grass seed yields are expected to be substantially reduced due to heat and drought.

Drought and heat have stressed Oregon’s grass seed crops in multiple ways, which has farmers expecting a substantial decrease in yields now that harvest is underway.

“This year is extremely unusual. It’s the equivalent of the 50-year flood,” he said. “It’s really tough for farmers who grow grass seed.”

That sugar is converted to starch that’s used to “bulk up” the embryonic plant and the “endosperm” that feeds it within the seed, he said. This year, dry conditions in spring have hindered grasses from filling the seed, reducing its weight.

Enzymes that convert sugars to starch are also affected by high temperatures, said Chastain. “The heat is exacerbating the problem because it interferes with some of those enzymes.”

Not only are seeds lighter, but there are also fewer of them — drought hinders pollination and causes the “abortion” of seeds, he said.

“We have a lot of producers who are very concerned right now,” Chastain said.

During 1992, which had weather conditions similar to this year’s, grass seed yields in Oregon’s Willamette Valley were cut by 11-14.5 percent overall, he said. That average includes irrigated acres, so dryland farmers likely experienced more severe impacts.

Ron DeConinck, a farmer near Woodburn, Ore., said he’s expecting a 20 percent reduction in yields despite irrigating his fields, though that figure remains speculative at this point.

Fields that were irrigated twice seem to be faring well but those only irrigated once are clearly damaged, he said. “There were a few days there, it literally burned it.”

His farm produces several grass types, as well as specialty seeds and some grain, and the drought stress has affected most of them, he said. “This year, being diversified may not help a whole lot.”

Marion Ag Service’s seed cleaning operation is 10 days ahead of schedule due to the warm weather, which is the earliest that the company’s seed specialist, Scott Banyard, can remember.

An acre usually generates roughly 2,500 pounds of grass seed, but this year the range is about 1,700-2,000 pounds to the acre, said Banyard.

The only upside to the low yield expectations is that demand for grass seed may consume this year’s crop as well as leftover inventories.

If that happens, growers will be in a strong market position next year, said Simmons. “From that perspective, we’re hopeful.”

Farmers in the Willamette Valley have scaled back their grass seed production in favor of other crops in recent years, which has reduced supplies and improved prices, he said.

“We had a whole year’s extra supply of seed on hand,” he said.

Washington, D.C.; July 3, 2015—Soon the National Working Group on Cover Crops and Soil Health will release a report outlining recommendations for cover crop and soil health reform. In February 2014, the National Conference on Cover Crops and Soil Health was held in Omaha, Nebraska with 300 key stakeholders in attendance. One of our partners at Grassland Oregon met with the National Working Group while visiting Washington for the American Seed Trade Association (ASTA) conference. One of the main recommendations from the report calls for public-private partnerships for cover crop research and reform.

The report is a joint effort by all concerned parties about cover crops. The report’s call-to-action is to provide funding for more research, incentives for cover crop adoption by farmers, and insurance coverage reform specifically for cover crops. If over 6000 stakeholders can come together to promote these ideas, and 42 diverse organizations and corporations believe the recommendations in the report to be true, then their recommendations must be seriously considered and deemed a priority by government regulatory bodies.

To learn more about cover crops visit http://www.grasslandoregon.com/cover-crop.html or contact Risa DeMasi at RisaDeMasi@GrasslandOregon.com or at 503-566-9900.

Greg Loberg participated in the 27th Annual Conference of the North American Agricultural Biotechnology Council (NABC) on June 2, 2015. He was invited to speak on “Coexistence in the Oregon Seed Industry.” In addition to the presentation, he wrote a paper and was part of a three-person panel taking questions from the audience. Most participants came from leading U.S. and Canadian universities, with a few others from the federal government. A final report is issued by NABC and circulated among policy makers in Washington D.C.

Engaging in this conference furthers the strategic plan of OSA, particularly related to Domestic Policy goals. This was an opportunity to “Be a respected, leading voice on domestic policy issues impacting the seed industry.” In particular, OSA enhanced its partnership with a key technology organization, increased its visibility with government officials and regulators, and advanced stewardship policy concepts.

Some of Greg’s comments can be found in the magazine “International Innovation,” a selection of which is included here.